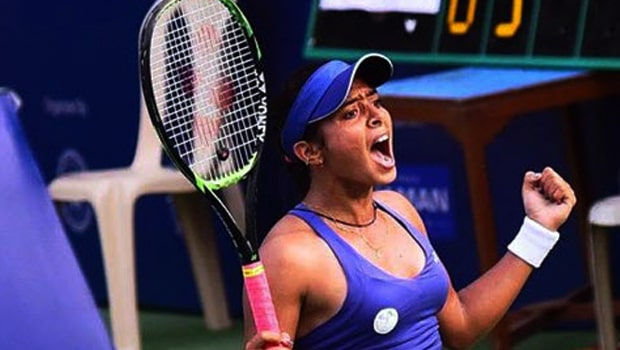 The Indian Fed cup team has put their name in the history book by booking their first-ever promotion to the playoffs on Saturday.

All thanks to Ankita Raina, who led the team to a 2-1 win over Indonesia.

Ankita single’s win against Aldila Sutjiadi to come back into the tie 1-1  was crucial. Rutuja Bhosale had earlier suffered a crushing defeat against Priska Nugroho, who is ranked 15th on the ITF junior circuit.

In the game against the talented 16-year-old Indonesian, Rutuja was on the losing side suffering 3-6, 6-0, 3-6 defeat in the opening singles that lasted one hour and 43 minutes.

It could be recalled that Ankita had lost her previous two singles. But she was undeterred and not ready to lose the third one. This time around stood up to the challenge of Aldila Sutjiadi by demolishing her 6-3, 6-3.

In the doubles, Ankita partnered with grand slams winner, Sania Mirza, to beat Sutziyadi and Nugroho 7-6(4), 6-0. This sealed India’s place in the playoffs. Next on their plate is either a playoff game against either Latvia or the Netherlands in April.

They could have ended up losing the doubles, but the duo who had a sluggish start that left them trailing 1-4 regrouped and dominated the decisive set.

India had been runners up in the six-team Group after winning four games in a row. They had lost the opening tie to China, which has a hundred percent record in the tournament.

India had earned its place back in Asia/Oceania Group I in 2016, but they remained in the regional Group, but things have turned out good for the form of a rising star, Ankita Raina.

Credit should also be given to Rituja Bhosale, who also contributed massively in the team with a winning start in a few ties.

The return of Sania Mizra to the team is coming at a good time after being out of the Fed Cup four years. Ankita had earlier in an interview said that her presence would inspire and guide the team to the next round. And she was proven right. 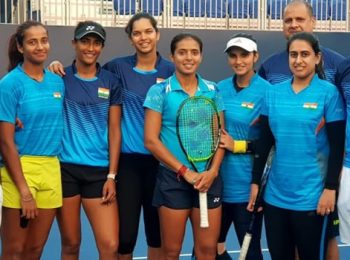 Prajnesh Gunneswaran advances to second round of Tata Open Maharashtra 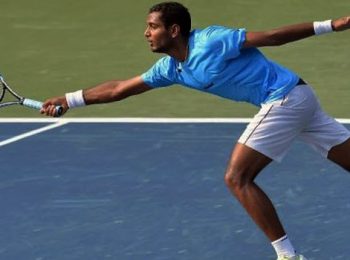